Grossly obese, Baron Uttama of Mehergen still gets around without need of a litter or overt magical assistance. His heavy footfalls thunder through his palace when he moves.

Uttama used to claim that his great-grandmother was an avatar of Zenia. That was before he stopped caring about everything. People recall Baron Uttama’s grace, humor, and compassion. Visitors, however, are in for a rude shock. The baron is changed. Those who knew him before or who grew up on stories of the baron’s compassionate nature find only the wreck of a once-great man. These days the only thing he cares about is food and his collections. Eating and collecting are the only things that keep him tethered to the world at all after his wife Geyata was killed in a random accident in the Mehergan market quarter.

After meeting some of the new gods, they determined that the Baron had the spark of divinity himself. Rather than see him fall to become the God of Greed, they vowed to rescue his wife’s soul from Soulrest, in an attempt to turn him to the God of Generosity instead. It remains to be seen if they will be successful. 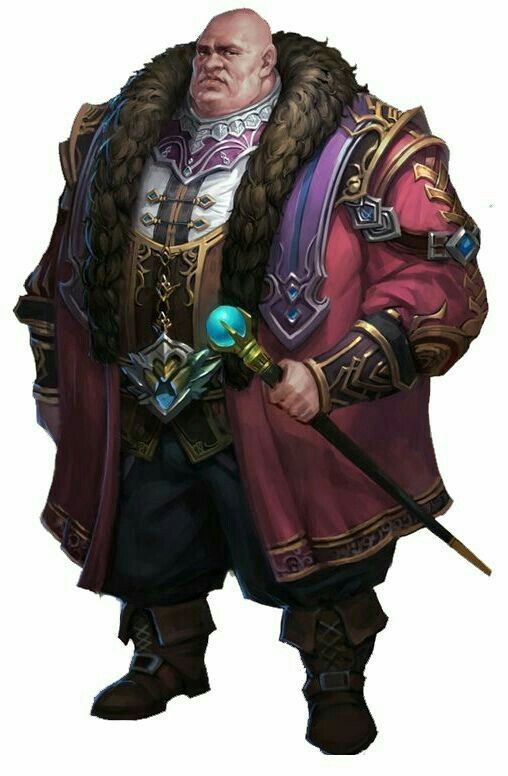